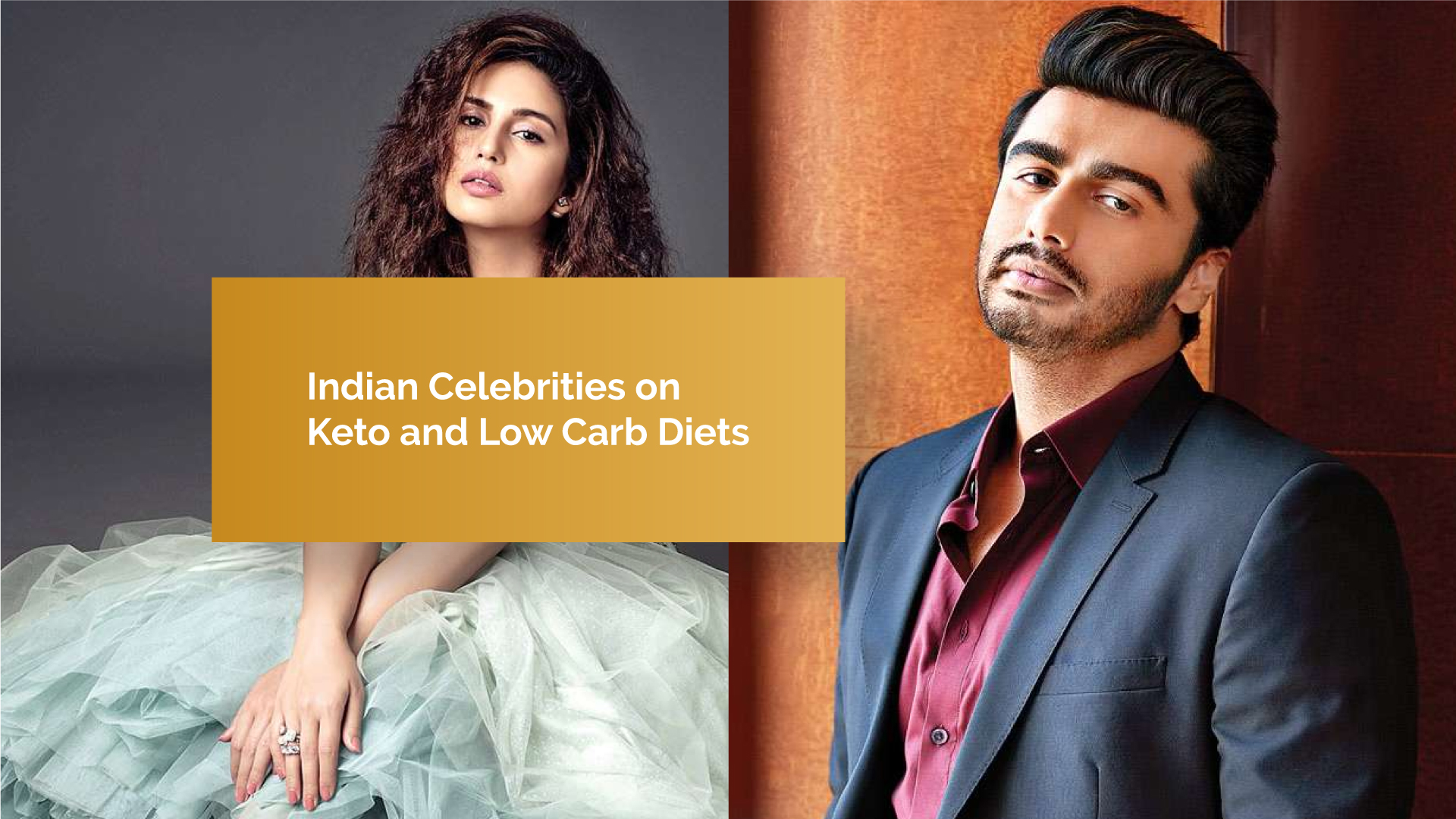 Keto and low-carb diets are a hit among Indian celebrities. Reportedly, there are a lot of them who swear by it and have come quite far on their weight loss journey. They quite actively influence the masses.

Witness some of the spectacular such journeys of the world’s most recognizable figures! They have successfully taken their fitness game to the next level!

A renowned comedian, producer and co-founder of All India Bakchod or AIB, Tanmay Bhat is an icon to many. Bhat, being at the top of the ladder in his career, gained worldwide publicity for his inspirational weight loss journey.

With the guidance of his well-known fitness trainer Ranveer Allahbadia, Bhat adopted an extremely low carb, high protein, and high fat oriented diet. Additionally, he also took on a gradual caloric deficit to drop weight at a rapid pace.

Moreover, he is a firm believer that fitness is not about being able to achieve amazing feats of strength like bench pressing 300 pounds. Rather, making small but deliberate decisions every day to keep a healthy lifestyle is the real meaning to it.

A man who needs no introduction yet, Karan Johar is a film director, producer, and actor. He is also famous for his amazing fitness since he lost significant weight.

Although Karan has never claimed to be on a keto diet, his diet is, however, a close resemblance to the traditional ketogenic diet.

Reportedly, Johar has omitted eating carbs and sugar entirely and instead eats primarily meat and vegetables. The film producer eats tons of lean meat since proteins make up most of his food intake. While he also consumes fatty nuts and vegetables to satiate his additional dietary needs.

With such an active lifestyle, Johar often trains on the go by doing brief cardio sessions.

The B Town’s fashion diva, Sonam Kapoor is one of the most versatile actresses. She is known for her unique style quotient in Bollywood.

However, there was a time where Kapoor did gain a considerable amount of weight due to poor diet and lack of exercise. Kapoor underwent serious weight loss in order to do justice with her role when she signed her first movie.

The Indian actress adopted a diet that closely resembles a pure keto diet. Her diet involved a low carbohydrate intake and high protein intake. Of course, the actress also maintained a caloric deficit during this weight loss journey in order to shed weight in time for her film.

Zareen Khan is an Indian actress and model known for her roles in the Hindi film industry.

Unfortunately, she was highly ridiculed for her chubbiness as a teenager. Determined to make a successful career in the acting industry, Khan took the necessary steps.  She vowed to drop some serious weight.

Over the course of a few months, Khan slimmed down significantly by following a strict diet and exercise routine. She firmly believes in eating a low carb and high protein diet. Her diet focuses on fruits and vegetables as well as lean proteins to keep a slim figure.

You may know Arjun Kapoor as the incredibly fit actor of many Hindi films, however, this celebrity wasn’t always in tip-top shape.

As a teen, Kapoor was a chubby chap. But as his career took off, he gradually lost weight alongside.

And, to lose weight, he adopted a high protein and low carb diet. As a meat lover, this famous actor transformed his body from flabby to ripped, muscular physique.

Popular Bollywood singer, Adnan Sami lost close to half his body weight in less than a year.

Sami ensured to follow a strict low carb diet. He restricted his diet to mainly vegetable salads and some meats as well. However, he stayed away from complex carbs and sugars as well as most processed food.

By restricting his daily caloric intake, Sami achieved amazing results in a matter of months.

A talented Indian actress who has received numerous awards, Huma is also famous for her healthy dietary habits. Qureshi is a strict ketogenic diet follower.  The actress eats plenty of fatty vegetables and lean meats as well.

Her social media posts include a lot of recipes and information on how to follow a clean diet. In fact, Qureshi is known for starting month-long detoxes that you can easily follow.

Son of the billionaire Mukesh Ambani, Anant Ambani has undergone one of the most miraculous weight loss transformations. Without going through any weight loss surgery, Ambani lost weight by adopting a low carb diet and intense exercise.

He dedicated himself to a zero sugar, high protein and vegetable diet. Most importantly, he took up a daily routine of walking, weight training, cardio, and yoga as well.

Well, if these celebrities are one of your favorites, make sure you just not only follow their achievements in the Bollywood industry. Make them your fitness icons and adopt a healthy dietary regime and a pristine lifestyle. Time to get inspired! Stay fit, stay healthy! Go keto! Visit Ketofy.in for keto products