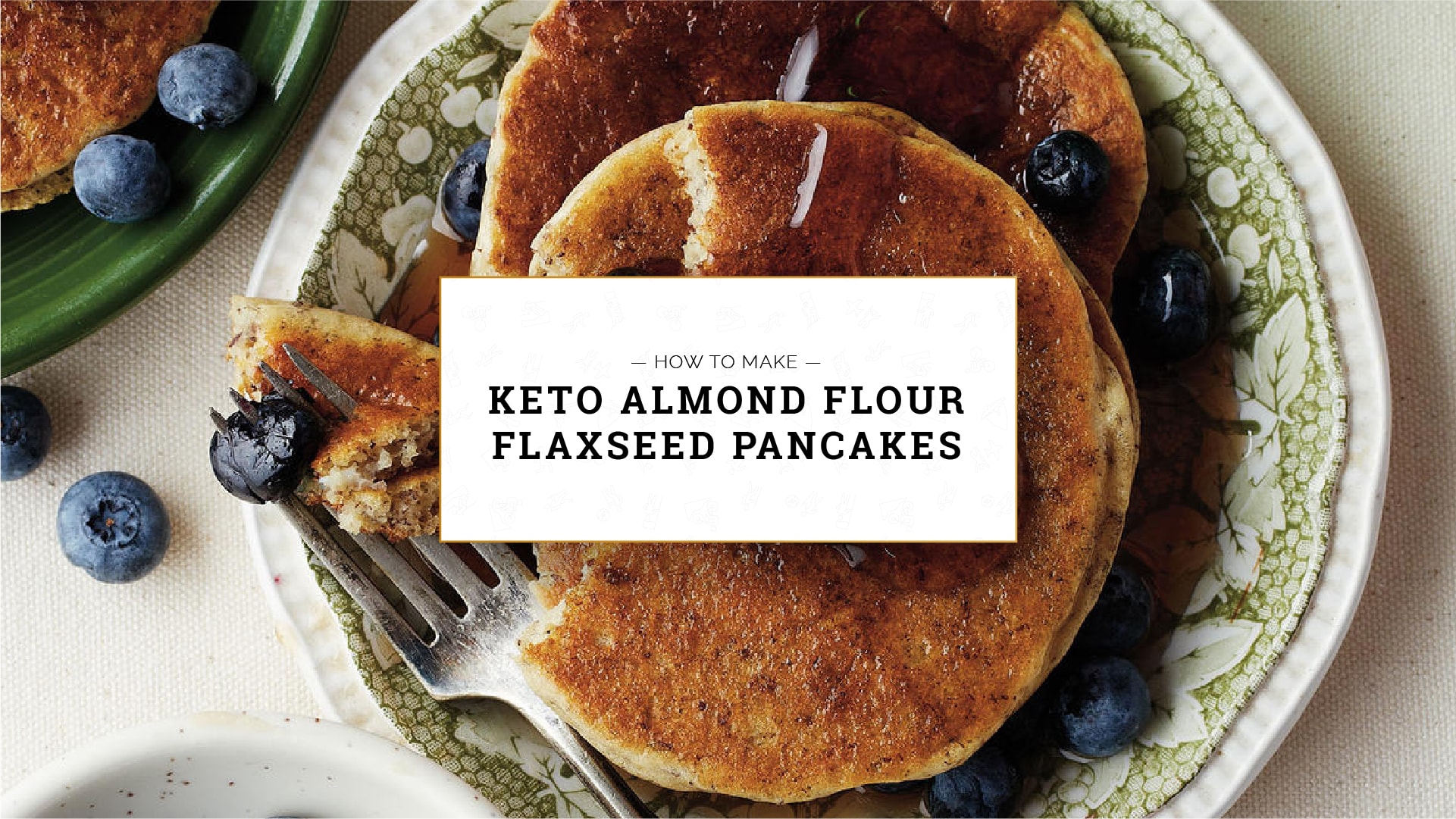 We all love pancakes since we were kids, don’t we? Certainly, they are always one of the most favorite foods for breakfast for many of us. So, the good news is that on keto diet, you can still have pancakes using our Ketofy – Keto Pancake Mix. However,  you can also use different ingredients like Ketofy – Almond Flour to make low carb keto almond flour flaxseed pancakes.

This keto recipe is indeed flavorful. Because, we combine different types of flour and tastes. Apart from using our almond flour, we utilize flax seed meal and a little bit of Ketofy – Keto Coconut Flour.

Although, the initial texture of the pancake batter mixture does not look nice. But, the result of the pancakes is impeccable in presence, taste and texture. Most importantly, they are fluffy and delicious.

Step 3: After that, carefully separate the egg whites from the egg yolks. And, whisk the egg whites in a mixer until they become foamy and form soft peaks.

Step 4: Further, mix all of the wet ingredients including almond milk, 2 tbsp of coconut oil and melted butter in another bowl. Also, add egg yolks in. Next, stir to produce a consistent mixture.

Step 6: In addition, heat 3 tbsp of coconut oil in a non-stick frying pan. During the process, make about 7 pieces of these almond flour flaxseed pancakes, each 3 inches wide.

Step 7: And, finally, fry the pancakes one at a time to flip them easily and prevent crumbling them. Your keto almond flour flaxseed pancakes are more than ready.

Serve all keto almond flour flaxseed pancakes in a pancake tower while still warm. You can also top them with various kinds of berries. Hope you like this delicious recipe.