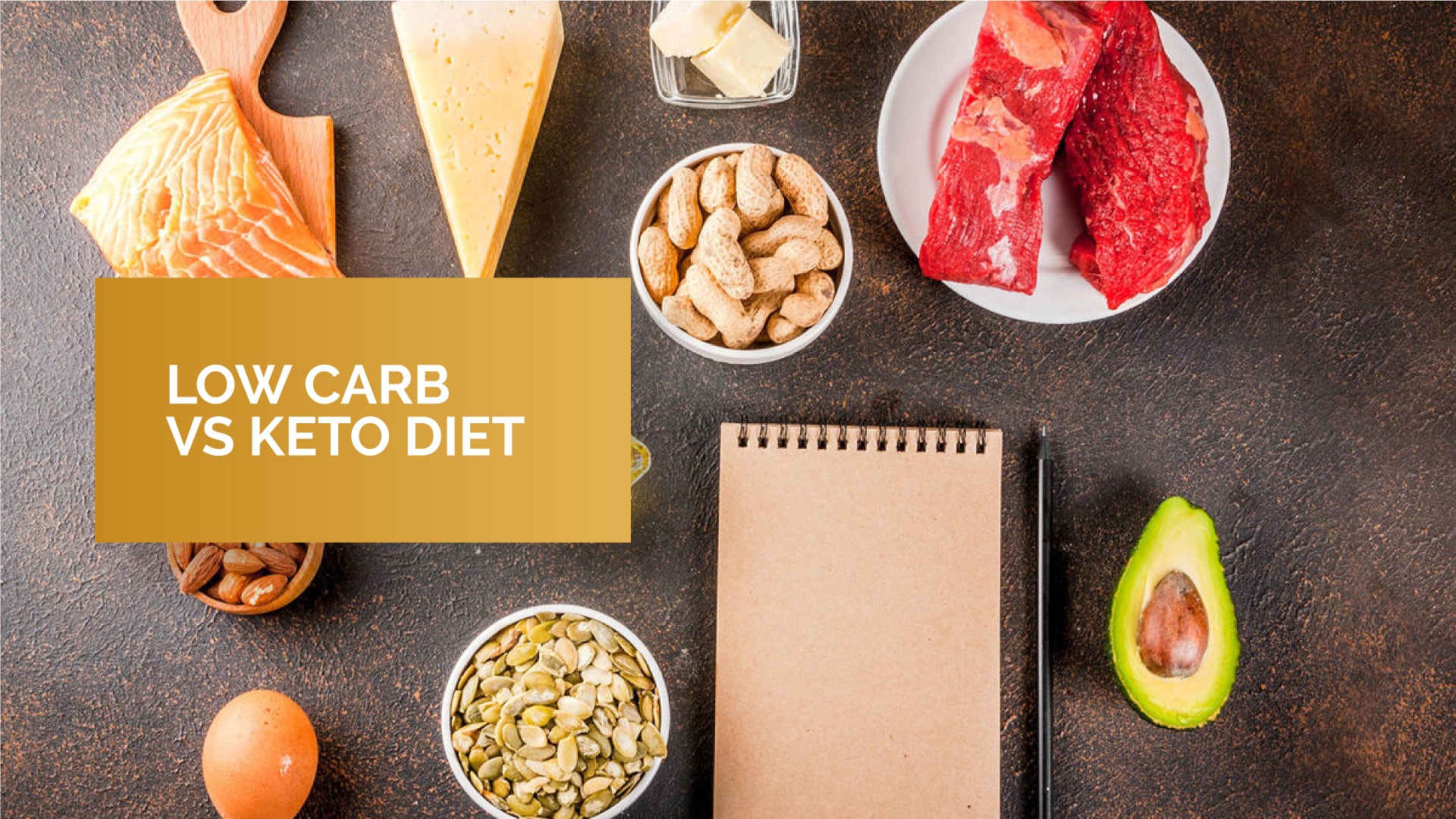 Better health is central to our happiness and well-being. It also makes an important contribution to our economic progress, as healthy people live longer and are more productive. The most common health problem we face is probably related to our weight. Numerous natural and artificial weight management methods have been devised over the last century and still, we are not getting enough of them. Most of us have tried one or the other, and some of us don’t even care. Although we should. And we really need to set our priorities right. After all who doesn’t want to be healthy?

The next sections of the article will unfold the low-carb diets, the keto diet and then the ultimate battle: Low Carb vs Keto Diet.

What Are Low-Carb Diets?

The low carb vs keto diet can only be understood after knowing each better. The Low-Carb Diet is a broad classification of dietary regimes that limit the total carbohydrate intake to around 150g of Total Carbs per day. It is advisable to restrict the Net Carb intake to 90-100g a day to ensure that all consumed food is low in the Glycemic Index.

Keto diet is one of the most loved low-carb diets. Let’s know more about the keto diet in the next section of the article.

What Is A Keto Diet?

Keto diet is a low-carb diet, moderate in proteins and at the higher end with healthy fats. It’s proven and occurs through an induced metabolic process called ketosis. Your body needs energy, and primarily this energy is driven from carbs. Thus, glycogen (basically sugar) is your energy source in normal conditions.

The Keto diet deprives your body of carbs and in turn gets you in Ketosis, a state wherein your body turns to fats for energy as it runs out of carbohydrates. This helps you lose your extra fats within no time and at the same time helps you with your chronic conditions like Diabetes Type II, PCOD, etc. A dose of those extra proteins helps you get better skin and hair.

On a Keto Diet, You are not only cutting down carbs, but you are limiting them to the point that you stimulate supported ketone creation — something that you can’t do with other mainstream diets.

Most importantly, the ketogenic diet is not all about lowering your carb intake. It’s more about the proportion of carbs, protein, and fat. On a keto diet, you not only should consider the number of carbs but also take note of your protein and fat intake. A typical keto diet limits your net carb intake to 20-30 grams per day.

The essential objective of the keto diet is to enable you to accomplish and support healthful ketosis – a metabolic express what happens when the body reliably delivers and uses ketones for fuel. Limiting carbs underneath 35 grams for every day is typically all you have to do to enter and continue ketosis.

Low carb diet vs keto can be understood by the following lines:

The exact meaning of what a “low carb diet” is, does not exist. A few investigations characterize low-carb as an eating regimen that limits carbs beneath 20% of calories while different examinations group it as an eating routine that comprises of under 45% carbs. The main thing that many people appear to concur on is the idea of driving the low-carb diet: to lessen carb admission by removing carb-rich foods.

Low carb diets are a class of diets that have at least one aspect that limits your carb intake to a certain minimum level. One of the low carb diets people are currently going crazy about is the keto diet.

Low carb vs keto is thus not a debate. In fact, the ketogenic diet is a kind of low carb diet that helps you get in ketosis by limiting your carb intake, moderating your protein intake, and allowing you to take a high quantity of healthy carbs.

To know more, give our other articles a read too.